Cavers is a fifth generation family-owned farm with one of the most beautiful gardens in South Africa, 16 km from the scenic village of Bedford. The stone double storey homestead, built in 1848, is used exclusively for guests.

Cavers is a working stock farm with Merino sheep , Angora goats and a beef herd. Lambing and kidding takes place in March and August and shearing can be viewed in the original shearing shed.

From the kitchen comes fine country cuisine, candle-lit dinners are served in the dining room or a traditional barbeque around the pool under the African stars is also a favourite.

English or Continental breakfasts are served on the patio or in the guest dining room.

A Brief History of Cavers

The Rev. William Ross came out to South Africa with Dr. David Livingstone as a missionary in 1840. An ordained minister from the town of Errol (near Perth) in Scotland, his missionary work took him to Mafeking and the Bechuana tribes where he died 23 years later in 1863, aged 61.

His son, William Daniel, purchased the farm Cavers from his father-in-law, William Ainslie, and the original stone house was built in 1848.

The name Cavers originated from the family-owned farm near Jedburgh in Scotland which is still in existence to this day. William Daniel was shot and killed in the mountains just north of Cavers in 1901 during the Anglo-Boer war.

His wife, Georgina, ran the farm with her second son, Colin Keith, who had to leave school (St. Andrews) at age 16. Kenneth Ross & his second son Bruce, 4th and 5th generation respectively, continue in this family tradition.

The Guest House was opened in 1994 and, apart from minor alterations, the originality of the homestead has been maintained. Guests and friends from more than 25 countries world-wide have been accommodated since then.

The Bedford district is renowned as one of the premier stock farming areas in South Africa and also for abundant plains game and bird species.

A garden festival is held annually during October when many of the beautiful gardens in the district are on show plus other activities which make the festival an event not to be missed.

Cavers Country House garden was one of 20 that was featured in "Remarkable Gardens of South Africa" book published by "Quiver Tree Publications" in 2012 (website: www.quivertreepublications.com), below are a few images and an extract from the book. 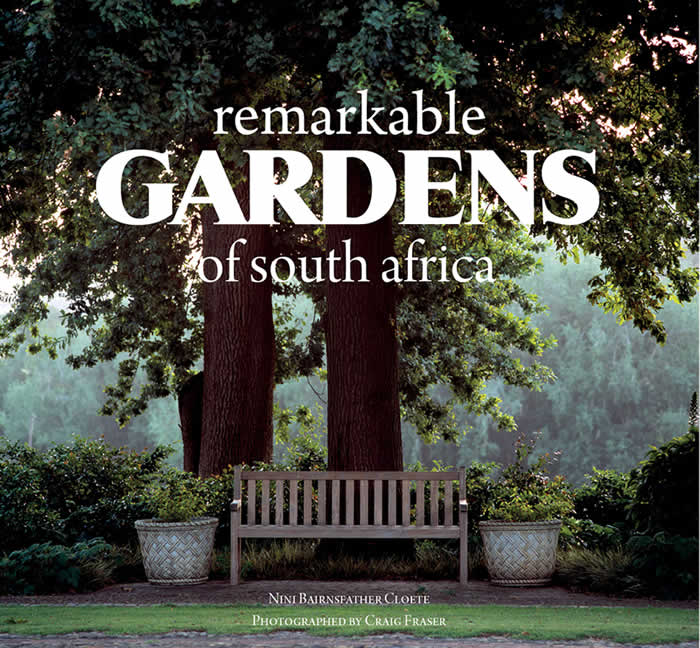 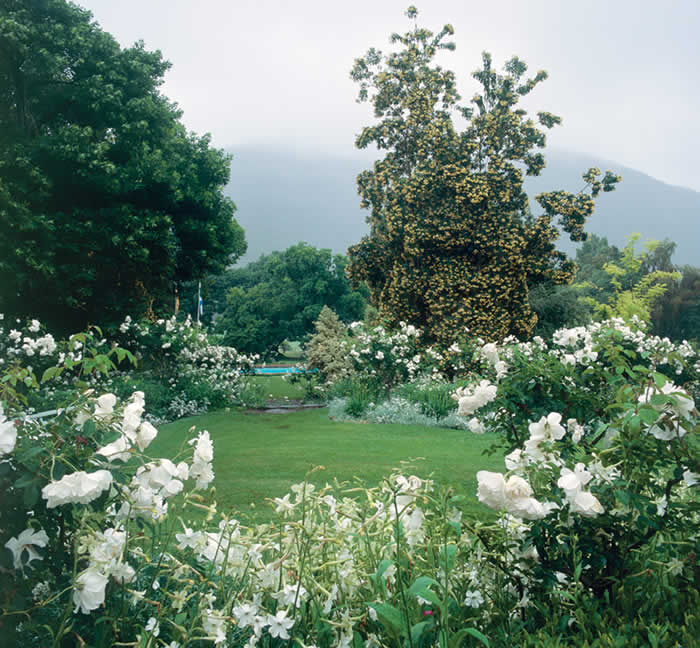 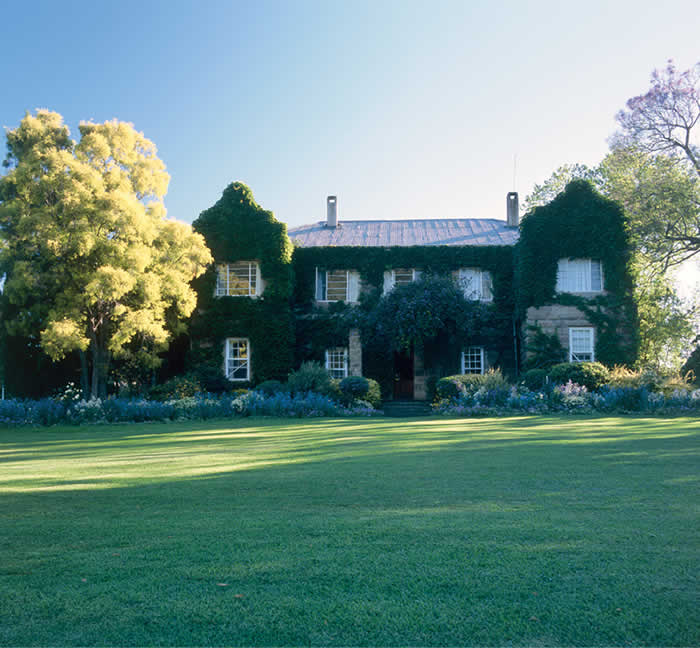 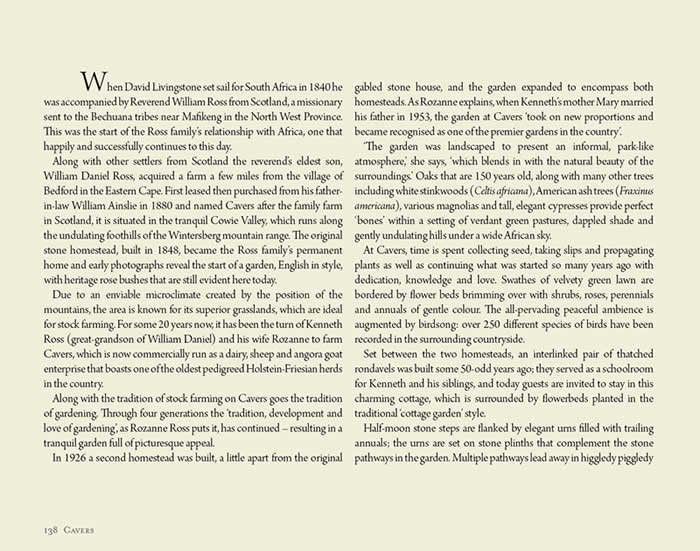